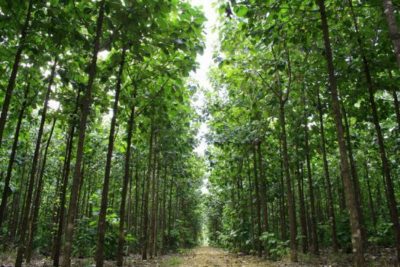 Money doesn’t grow on trees – especially pension money and teak trees.  Teak plantations, eucalyptus plantations and truffle tree farms are traditional pension “investments” of the scammers.  One key example of such a pension investment scam was in May 2014 when the Pensions Regulator (tPR) banned the following scammers from being pension trustees for one year:

The pension schemes they had been running (listed below) were placed into the hands of independent trustees – http://www.itslimited.co.uk/.

How did the Schemes work?

These pension schemes were basically set up as a vehicle to make a few individuals a lot of money.

The schemes were set up between November 2011 and February 2013 – they each had a sponsoring employer with the same name, set up in the same time frame as the pension scheme. Not at all suspicious?

The schemes were all registered with the Pensions Regulator by an individual at one company – this individual was neither a trustee nor an administrator of any of the schemes. In tPR’s Compulsory Review, this individual and the company are only referred to as AXXXX SXXXXXX of MXXXXXXX HXXXXXXX (AS of MH)– it would be incredibly handy to know more details of this individual to see if they are behind any more pension or investment scams.

The “MH” company was registered at the same address as BPK & Associates, who were the trustees of the schemes. The director and 100% shareholder of BPK was Anthony Kensington; he and Christopher Kensington were the sole signatories for the bank accounts linked to the schemes.

A total of £13.93million of victims’ pensions were invested in the schemes. The monies accumulated in the bank account until they reached £1 or 2 million, and they were then transferred into a single undiversified, unregulated, high-risk investment – completely inappropriate for a pension investment.  This investment was a teak plantation – set up by our anonymous friend AS of MH. The only investments into the teak plantation came from these fraudulently-run pension schemes.

The majority of the funds were “invested in the teak plantation, and most of the remainder went in fees to – guess who – the handily-set-up company MH.  Some of these fees were paid to “introducers”, who, in an all too familiar scenario, approached members of the public offering them ways to ‘unlock’ their pensions – promising tax-free lump sums, and unrealistically high rates of return on their investments.

Just when you thought it couldn’t get any worse – in November and December of 2013, the teak plantation account was closed, and the funds were transferred to a number of different companies, all with links to our friend MH. According to tPR this meant that the funds “had ultimately been paid to destinations which did not appear to be onward investments but included payments to individuals and commission payments and legal and marketing fees. The Regulator argued that there had been a deliberate and careful “layering” of the funds to allow for the gradual dissipation of the starting fund to a number of further destination accounts.”

Some of the fees went directly to pay off individuals’ mortgages and pay school fees, or in one case to buy a Ferrari.

Of the nearly £14 million initially invested, only £4.73 million was left in the bank when HSBC froze the account. The pension schemes are now in the hands of Independent Trustee Services Ltd. Individual victims are facing massive tax bills from HMRC for the amounts taken out of their pensions. They have no idea whether there will be any money left in their pension pots.

The trustees were given a terrifying slap on the wrists and a one-year ban from acting as pension trustees.

As far as we know our anonymous ‘AS’ of MH faced no prosecution whatsoever.

The question remains, if – as tPR’s Lesley Titcomb claims – scammers are criminals, where are the prison sentences?