Pension Life is still dealing with so many victims of scams and scammers.  None of the Pension Life wishes published in December 2015 have come true.  In the intervening two years, thousands more people have lost part or all of their pensions – and the scammers are all still out there, scamming away merrily.

Maybe the next two years will see some real change?  We at Pension Life certainly hope so.  Because things cannot continue like this – too many lives are being ruined.  The wish list is as valid and urgent now as it was in 2015.

No.1 HMRC to do some basic due diligence before registering pension schemes.

This has to be at the top of our pension wish list – whether for Christmas, Easter, or on May Day!  Since pension simplification in 2006, HMRC has done zero checking on a scheme before registering it. They rely on the principle of “self certification” which means that if the person who registers the scheme doesn’t actually admit that it is being set up fraudulently, then HMRC assumes that the scheme is not being set up fraudulently. In fact, HMRC says that even if they had asked the question “are you setting this scheme up fraudulently” the answer would always be “no” irrespective. Interestingly, the same principle does not appear to apply to either the victims or the ceding (original) pension providers as they are supposed to do their own due diligence to establish whether HMRC has “inadvertently” registered a fraudulent scheme.

The 6th of April 2006, or A day as it is often called, was the date on which the then government simplified pension setup in relation to the tax relievable contributions and the assets in which pension funds could be invested. The intention was to simplify pensions going forward and de-clutter the complicated pension legislation set up by previous administrations. However, evidence suggests the opposite happened, leaving people open to losing their pension entirely or in part. This is especially the case for QROPS, which were introduced as a result of A Day. QROPS allowed unqualified offshore advisers to advise on very complex UK pensions with tragic results. Although simplification started in 2006, a detailed understanding of all the different pension rules that existed before that year is essential. People who joined pension schemes before 1987 or 1989 or 2006 may well have important protections that could be lost through the negligence of an incompetent adviser.

So, in the course of simplifying the pension process the government has left a lot of pension holders vulnerable to pension advisers who are not regulated, or qualified correctly. HMRC now need to implement new criteria for registration of pension schemes.

Currently, there is no list of HMRC registered schemes available to the public. This is something that is desperately needed and it needs to report the regulatory status of each scheme.

To suggest that an ordinary citizen without a background in finance and pensions should do ‘their own due diligence’ is downright ridiculous. Most ordinary people wouldn’t have a clue what to do or what questions to ask. And even if they did, they wouldn’t understand the answers. The best thing to do is to ensure a properly regulated and qualified financial adviser is used before making any changes to pension arrangements. However, in the UK, this advice would not be free and a charge would be made for it. The fraudsters would be offering “free” or “low cost” advice which would be deducted from the transfer – and this is why so many victims are conned.

If an ordinary citizen were to attempt their own Due Diligence they would first need to check if the adviser is regulated. Adviser regulations depend on what they are advising on – be it pensions, investments or insurance. So while an adviser could claim to be regulated, they may not be regulated for the service, product or scheme they are advising on.

The experience and qualification of the adviser is also a very important aspect of due diligence. Unfortunately, glowing testimonials are not sufficient. There is no one-stop resource in which you can be fully confident about the information you get on the adviser.

One simple example of an obvious scam is the company “occupational” pension scheme. If an occupational pension is offered, a transferee needs to be an employee. Bear in mind the reason so many scammers set up schemes as “occupational” is that an occupational scheme with less than 100 members comes under the radar of regulatory scrutiny. In other words, the organisers and promoters of such schemes can get away with setting up fraudulent schemes. So many scams involved occupational schemes since 2010 – from Ark to London Quantum (both placed in the hands of independent trustees Dalriada by the Pensions Regulator). Sometimes, the sponsors of these schemes actually existed; sometimes they didn’t. Rarely had they ever traded or employed anybody. And of course, neither HMRC nor tPR checked this. Anyone being offered a transfer to an “occupational” scheme when they are not genuinely employed by the employing sponsor of the scheme should be extremely wary.

No.2 The Pensions Regulator (tPR) to do some basic due diligence before registering occupational pension schemes.

Also near the top of our pension wish list, is the fact that we want a good, strong and effective pensions regulator – not a chocolate teapot.  The Pensions Regulator(tPR) seem to be reactive rather than proactive. The general public are not able to contact anyone at tPR. tPR doesn’t declare what due diligence they do before registering occupational schemes (in fact it is pretty hard to speak to them at all and they don’t answer emails). Parliament gave tPR independence and it appears they are answerable to nobody. They do intervene in some cases and place suspicious schemes in the hands of independent trustees, but there is no evidence that they do anything to prevent scams from getting off the ground in the first place and only take action once hundreds of victims have lost their pensions.

No.3 Known pension scammers to be prosecuted and given maximum prison sentences to send out an urgent message of “zero tolerance” of pension scams. 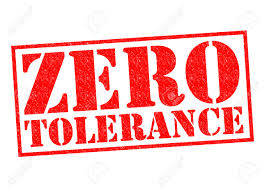 As far as we at Pension Life know, there are very few instances of scammers being jailed. Known pension scammers are still out there on the streets, having scammed hundreds/thousands of victims out of their pensions and are in the process of scamming hundreds more every week. The same old same old worthless “investments” are still being peddled and nothing is being done to clean up this toxic trade which obliterates so many pensions collected over years of work in the hope of a secure retirement.

2018 has seen many scammers ‘accepting’ bans from acting as pension trustees, however, this is not enough the SFO needs to push forward with their investigation’s and hand out long prison sentences to serial pension scammers AND make them pay the victims back.

No.4 Toxic UCIS’ to be investigated and “toxic” warnings to be issued 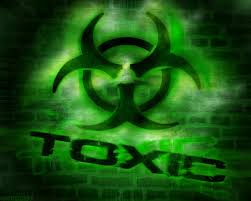 The FCA will not allow regulated advisers to sell Unregulated Collective Investment Schemes (UCIS) to anyone other than professional investors. The selling of them by unregulated advisers is actionable by the FCA. The FCA does issue warnings about schemes such as these but their followers are only people working within the financial investment industry and it is only after the investments are made that many of the public become aware of these toxic investments. The general public would not be familiar with the FCA and what it does – as only the industry looks at their website, generally.

Pension Life would suggest that the FCA reaches out to the public and ensure that toxic investments are publicly named and shamed through mainstream media. The problem is that neither the regulators nor the police authorities do anything to stop known high-risk “dodgy” UCIS’ – let alone blatant investment scams.  This is especially true of funds such as Blackmore Global and Trafalgar Multi Asset Fund.

No.5 Sanctions for ceding providers who handed over thousands of pensions in a negligent/box-ticking fashion.

Sadly, the very institutions in whose hands the retirement interests of the British public are placed are the worst at admitting liability for handing over £billions haphazardly to obvious scams without any due diligence. All the big names – from Aviva and Prudential to Standard Life and Scottish Widows – were hopelessly inept from 2010 to 2013 and did no due diligence to prevent victims’ pensions from getting handed over to the scammers.

It is now time the government stepped in and reminded these firms of their fiduciary obligations. That is to say that the government and these ceding providers have a duty of acting in good faith with regard to the interests of the ordinary pension holder.

No.6 Government to take an interest in Pension Scams

To all intents and purposes, the government is doing absolutely nothing to prevent pension scams, toxic pension investments, unregulated advisers and non-compliant schemes. As to why the loss of billions of pounds of pension scheme funds should not merit the interest of the government, remains a complete mystery.

The government claims to be “aware” of pension scams and pledges to treat the observation and “monitoring” of this massive-scale fraud as if it were a spectator sport. Iain Duncan-Smith promised to set up meetings with Ark Class Action members and senior government ministers in 2014, but then reneged on his promise. Ros Altmann simply refused to meet the Ark Class Action at all and instructed the DWP security guard to order them off the premises.