Articles like New Model Adviser’s report on some of the scammers behind the Capita Oak/Henley/Store First scam getting banned always makes me smile. Knowing that a few pension scammers (four in this case), are being named and shamed – as well as banned from being directors – motivates me to share information about these evil scams with the public. 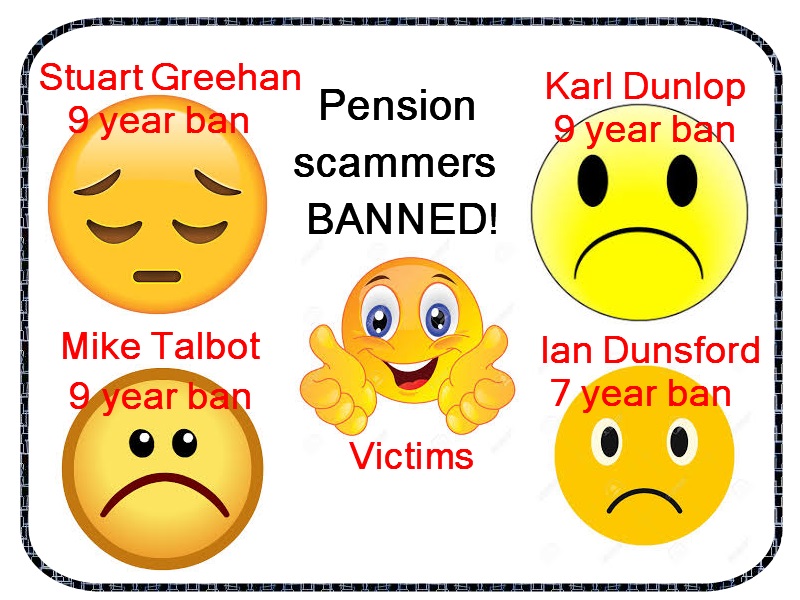 “An investigation led by the Insolvency Service revealed the directors were connected with Transeuro Worldwide Holdings, which helped fund two introducer firms Sycamore Crown and Jackson Francis. The firms were involved in the transfer of £57 million of pension savings.

Sycamore Crown director Stuart Greehan agreed to a nine-year voluntary ban as a result of false and misleading statements to encourage investors to transfer their pensions.

Karl Dunlop, director of Imperial Trustee Services, and Ian Dunsford, director of Omni Trustees, agreed to bans of nine and seven years, respectively, for failing to act in the best interests of members and ‘failing to ensure investments were adequately diverse’.

While not a formally appointed director of Transeuro Worldwide Holdings, Mike Talbot (AKA Stephen Talbot) accepted a nine-year disqualification undertaking for failing to disclose what happened to the millions of pounds of pension assets.”

BUT, IN ADDITION TO THESE EVIL SCAMMERS, THERE WERE OTHER PLAYERS IN THIS APPALLING TRAGEDY AND THEY WERE NOT MENTIONED.  SO HERE ARE THE OTHER PEOPLE WHO PLAYED LEADING PARTS IN THIS FOUL PLAY:

Stephen Ward of Premier Pension Solutions SL and Premier Pension Transfers Ltd – he handled the transfer administration from the original (ceding) pension providers.  He was, apparently, paid £300 per Capita Oak transfer – and would have known that he was condemning each member to certain loss of his or her pension.

XXXX XXXX of Nationwide Benefit Consultants, The Pension Reporter, Victory Asset Management and Tourbillon, was clearly the “controlling mind” behind Capita Oak.  He also ran the Thurlstone loan scheme which paid 5% in cash to the Capita Oak victims as a “bonus” or “thank you”.  HMRC is now taxing these payments at 55% as they qualify as unauthorised payments.  XXXX XXXX then went on to launch the successful Trafalgar Multi Asset Fund scam which saw over 400 victims lose their pensions to high-risk toxic loans to Dolphin Trust in an STM Fidecs Gibraltar QROPS.  XXXX – as with most pension scammers – subsequently ignores the plight of the victims when the schemes eventually and inevitably collapse.  XXXX is under investigation by the Serious Fraud Office and was also responsible for the Westminster pension scam. 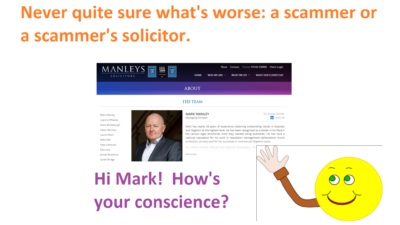 It is believed that cold calling techniques were used to lure unsuspecting victims into this series of unregulated investment scams. Victims’ pension savings were transferred into bogus occupational pension schemes whose trustees/administrators were Omni Trustees and Imperial Trustee Services.  The schemes were Henley Retirement Benefit Scheme (HRBS) and Capita Oak Pension Scheme (COPS).  But the scammers also used a variety of SIPPS which included Berkeley Burke, Careys Pensions, Rowanmoor, London and Colonial and Stadia Trustees.

As is often the case in scams like these, the victims were lured in with promises of so-called guaranteed high returns by spivs masquerading as advisers, who were also unqualified and unregulated to give financial advice.

The unqualified advisers were able to transfer millions of pounds’ worth of pension savings into these schemes which included investments in unregulated storage units and over £10 million into COPS (Capita Oak) and over £8 million into HRBS (Henley). The promised high returns were never paid to the investors – but handed over to the scammers instead. The pension funds are now suspended with the funds trapped in these illiquid investments.

The company directors have received a total ban of 34 years collectively. Here at Pension Life we would have liked to have seen lifetime bans all round.

The Serious Fraud Office (SFO) is now moving forward with their investigations against Omni and Imperial. They urge people who are members of HRBS (Henley) and COPS (Capita Oak) to contribute to criminal evidence against the scammers via a questionnaire.

As always, the team at Pension Life urges pension holders to be wary of pension scammers. Never accept a cold call offer, be aware that scammers lurk everywhere and if it seems to good to be true it probably is!

If in doubt just walk away!

Cartoon blog – Don’t be the next pension scam victim