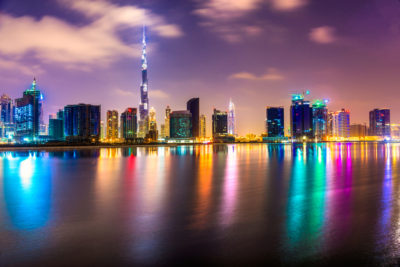 A TALE OF TWO PUZZLES

Don’t you just hate it when you see a puzzling situation and can’t quite put your finger on what is behind it?  There are two firms in Dubai that have got me thinking these past few days and I reckon the “jungle drums” in the Gulf have finally confirmed my best suspicions.

Guardian Wealth Management and Holborn Assets: two financial advisory firms HQ’d in Dubai with clear aspirations to become leading global players, but hampered by the skeletons rattling in their respective cupboards.  Both firms have recently poached rivals’ staff in a bid to increase sales.  But both have some pretty challenging hurdles to overcome before they can be taken seriously as contenders for the status of leading, award-winning, multi-national advisers.

My guess is that Guardian is likely to win the race, and leave Holborn struggling with its own self-inflicted albatrosses.  And the guy who will lead Guardian to victory will be former deVere managing director, Mike Coady who jumped ship from deVere to Guardian a while back.  But what was puzzling me was why would a man at the top of his profession, earning an eye-watering £250k salary and heading up the World’s biggest financial services company, take a less senior, non-executive position with a small firm which is heavily in debt to the Welsh government?

Coady’s gone from M.D. to “chief commercial officer” (and you can imagine the chorus of snorts that title caused throughout the industry) in the blink of an eye.  A huge disaster for his c.v.?  Or a golden opportunity perhaps?  I think the answer to that question may be contained in a quote from Coady just a couple of months ago: “there is something that money can’t buy, and that is experience”.

At the beginning of 2016, Guardian poached three of deVere’s staff and paid them nearly a quarter of a million quid in (how should I phrase this?) “bonuses” – aka “golden handshakes”.  But only a few months earlier, Guardian had been exposed as having received a GBP 850k grant from the Welsh government for a venture which promptly collapsed, and then failing to repay the grant.  So, effectively British taxpayers were paying for the very “experience” which Coady was saying money couldn’t buy.

A “little birdie” has tipped me the nod that Coady is going to rescue Guardian’s tarnished image, by forgoing his GBP 250k annual salary for two years, and forcing the three deVere poachees – John Green, Joe Woodhouse and William Burrows – to repay the GBP 250k “bonuses” they received.  And repay the Welsh government every penny they are owed.

Interestingly, Coady has been joined by another ship jumper: Darren Jones of Old Mutual International.  I haven’t found out whether he is also going to forgo his previous  GBP 250k salary to help speed up the repayment of the Welsh debt, but I am sure somebody in the “jungle” will tell me sooner or later.

Alas, Holborn Assets don’t have a Mike Coady to rescue them and give them a shot at the “crown”.  Despite also recently poaching a rival firm’s staff (Finsbury Associates’ Nicholas Thompson and a team of five salesmen), Holborn can’t shake off the disgrace of their adviser Paul Reynolds, now allegedly going under a different name to hide his past.  Fined GBP 300k and banned by the FCA for a series of misdemeanours (including falsification of documents- as confirmed by the FCA in the UK), Reynolds clearly knows where the body is hidden as he remains a prominent member of Bob Parker’s team.

Funnily enough, I ran into Reynolds in Dubai last year when I had gone to Holborn Assets’ office to see Parker – who heads up the firm.  Parker had been dodging my calls and emails for months while I had been trying to get him to agree to compensate one of his victims whose pension had been decimated by Holborn’s pension investment “advice” in Spain – a jurisdiction where they had no licences.  The poor client had spent years watching the high-risk investments Holborn had put her pension into shrink alarmingly, while she discovered the huge commissions and fees Holborn had earned out of her misfortune.

During my wait in reception at Holborn’s Al Shafar Tower office in Dubai, Mr. Reynolds had a visitor – and we had a very nice, interesting chat – not really relevant here or now (another time perhaps).  Then Mr. Parker’s charming executive assistant Chimaa Meftah took me to a pleasant(ish) meeting room and listened patiently and sympathetically to my account of how Holborn had ruined a victim’s pension and health.  Chimaa promised that Mr. Parker would contact me as soon as he got back from South Africa.  However, I fear he may have been mistaken for a missionary as he doesn’t appear to have returned to any part of civilisation which has either telephones or internet.

So the puzzle is solved as the clever and canny Mr. Coady clearly knows something that Bob Parker doesn’t: you can’t move forward successfully until and unless you sort out the messes and disgraces of the past.  Coady has a coherent plan for repaying the Welsh government and restoring faith in the integrity of Guardian’s advisers – after all, who would want to listen to any advice, let alone financial advice, from people who have taken bribes paid for by British taxpayers.

Mike Coady made a resounding prediction for deVere back in October 2016: “There’s a clear and definite trend that independent bodies, agencies and organisations are increasingly recognising our (deVere’s) high quality work, advice and service – and I am confident this will gain further momentum in 2017.”

So here’s my own prediction for 2017: in the wake of the recent resignation of Guardian’s CEO David Howell, Coady will, before long, get a promotion and a significant stake in the business.  Money may not be able to buy experience – but it sure helps clean the skeletons out of the cupboards.  Perhaps, as Mr. Coady won’t be earning any salary for the next two years, he might like to offer his consultancy services and priceless experience to Holborn Assets in his spare time?