International Investment interview with Angie Brooks, founder of Pension Life this week. This blog is written by Kim, Angie´s Assistant. Here´s the interview video which explains how Pension Life works to help victims of pension and investment scams. The interview also raises the question as to why pension and investment scams are so prolific – despite Angie’s hard work to bring them into the public eye – and bring scammers to justice.

As Angie states in the video, Pension Life was originally founded to help victims of the ARK pension scam with their tax liabilities.  However, four years on and Pension Life has evolved. Angie is now involved in helping 34 different groups of victims of pension and investment scams.  Angie regularly goes to the regulators and ombudsmen in different jurisdictions and makes complaints on their behalf. 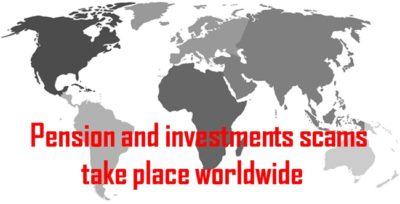 Pension Life is based in Spain, and Angie works with clients all over the world. Pension and investment scammers have no boundaries or borders and will weave their evil mischief wherever they can find British expats.

Angie offers her members a fixed membership fee, meaning “people know exactly what they are going to pay in advance”. Using privately-funded solicitors can be pricey and sometimes even non-starterer. Angie has, over the past four years, educated herself in pension and investment scams – how they work and how they are (constantly) evolving. Members can rest assured that they are being represented by a leading expert in the area of pension and investment scams.

If it were up to Angie, the people and firms responsible for pension and investment scams would all be sent to jail and the keys thrown away. With her weekly blogs and videos on the Pension Life website, and with the use of social media, Angie is hoping to get the word out there and warn both the public and the industry. 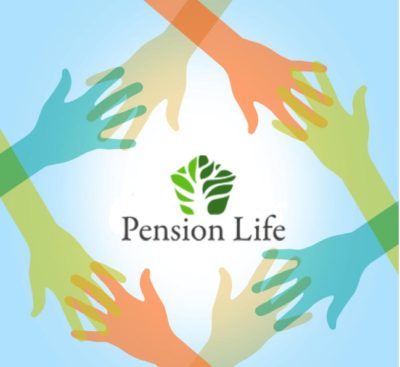 Angie stands up for the masses, where their single complaints are lost in a pile of excuses by the firms responsible for the destruction of their funds. She meets and speaks to as many victims as she can.  Each victim has his or her own tragedy – often involving serious health issues and terrible financial hardship as a result of being scammed out of their life savings.

Some of Angie´s blogs are very hard hitting towards the firms and advisors who condone the use of pension and investment scams. The role Angie plays in uncovering the crooks of the industry is not without risk and often her outspoken words attract negative attention. Angie often receives threats of being sued by the lawyers who represent the companies she blogs about.

Angie states, “But If I was frightened I wouldn´t do it.”

Its not just solicitors who bombard her in outrage about the clearly-evidenced facts that Angie reports, she also has a herd of internet trolls who target her incessantly.

Angie says with reference to her blog trolls: 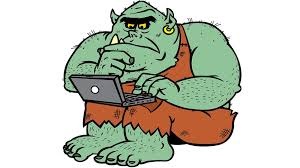 here is a reason why I write my blogs.  Firstly to warn the public and expose the things that go wrong in the financial services industry – to try to help new people avoid falling victim to scams, negligence and mis-selling; secondly to bring firms to the table to negotiate a solution to a problem where a client has suffered losses in their pension or investment portfolio.  Few people have funds to instruct lawyers to sue firms to force them to pay redress for clients’ losses, so it is much better and cheaper to get the firm to volunteer to do so amicably and in a non-contentious manner.
But my blogs do upset the scammers and they regularly post negative comments.  I have recently been accused of ‘being in cahoots with’ deVere and other companies and individuals.  It is being claimed that I am being paid not to write about them, and to attack their competitors.  It will come as no surprise that those who are now attacking me and accusing me of all sorts of things are the ones whose firms’ questionable practices I have been blogging about recently. 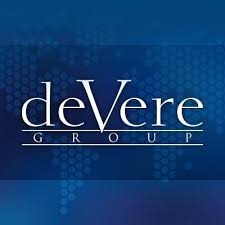 I have in the past had very public spats on social media with deVere AND its CEO, Nigel Green, as well as the others who I have been accused of not writing about. And, if I need to have spats again in the future, I will not hesitate to do so.  Like most firms, deVere has indeed made some serious mistakes in the past.  However, I do not have any live, unresolved client complaints against the firm.

But this is all just rubbish from scammers who are trying to deflect attention from the main issues that I am writing about.  The commenters ignore the facts I am reporting about – i.e. real scams which destroy victims’ life savings – and pick away at me personally.  That is absolutely fine, because I am more than happy to be criticised and lied about – because it says more about the writer than it does about me.  The people who matter know the truth.

Regular readers of my blogs may notice that sometimes my blogs quietly disappear with no public explanation.  There is a reason for that too.  The blogs often bring firms to the table and we get stuff done.  Sometimes firms even preempt matters and make contact even before I get a chance to do a blog.

If I call a firm to discuss a problem and they enter into helpful and constructive dialogue over how to solve it, I don’t blog about it but keep the matter confidential.  There are firms who quietly sort things out without making a fuss in a dignified and conscientious manner.  In contrast, however, there are firms that just pull up the shutters – such as OMI and STM Fidecs.  Hence why I keep blogging about them.

DeVere is indeed one of a number of firms I don’t currently blog about.  So for the nice gentleman called Graham and another charming chap who calls himself “Innocent Bystander” who are accusing me of being partisan, don’t think just about what I do write, but about what I don’t write.  There are good reasons for both.

I will continue to expose the actions, practices and vulgar conduct of firms who continue to ignore my questions;  And I will tag all those who are stupid and irresponsible enough to keep on working for these firms and helping to fill these firms already bulging pockets.  In contrast, however, Holborn Assets and Guardian Wealth Management have engaged in relation to complaints, and so I have removed all blogs which mention the firm.”

For the future, Angie hopes things will get better and that the war on pension and investment scams can be won.  However, much help is needed and Angie calls for the whole industry to get involved and make it their business to know what is happening to expats worldwide.

Airing the problem is one of the best solutions and International Investment has taken a keen interest in the campaigning side of what Pension Life does.  It would be a really good thing if some of the media tried to educate themselves on what are the key issues and avoid barking up the wrong trees.