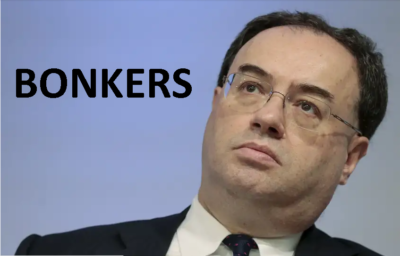 THE DIZZEE RASCALS AT THE FCA:

My exasperation and disgust at the FCA’s incompetence has for years been very profound.  However, learning that Andrew Bailey – CEO of the FCA – gets paid 18% more than the whole whistleblowing team of 12, has made me feel two things:

I have never come across Debbie Gupta before.  I am wondering what planet she has been on for the past six years.  Victims, concerned members of the financial services industry and I have literally been hammering at the FCA’s door repeatedly.  And all we have to show for it are red knuckles and chipped teeth from excessive gnashing.

In his blog, Henry quite rightly points out that “The spirit of collaboration will win, confrontation won’t.”  It is a well-known fact that one wins more battles with honey than with vinegar.  But two terrible wrongs have to be righted: Gupta must learn not to spout utter garbage that she knows nothing about.  And Andrew Bailey must be sacked.

Let us be clear: the FCA is an embarrassment to Britain.

The cost of the FCA’s many failures is borne by IFAs in terms of levies to the FSCS as well as soaring professional indemnity insurance premiums. And the thousands of victims whose lives have been destroyed by fraudsters operating under the very nose of the FCA. 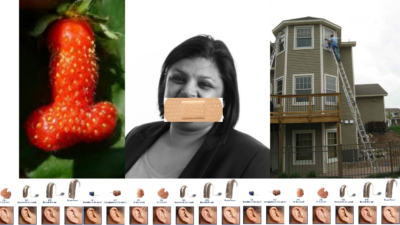 Before Debbie Gupta sticks her big foot in her mouth any further, I would suggest she attempts to learn something about scams, scammers and scamees.  She should come and spend a week with me. Sit up until midnight talking distraught victims out of suicide a couple of times.  She should go to Port Talbot with Al Rush and talk to some steelworkers and hear their tragic stories for herself.

Finally, Gupta should take a long hard look at the number of FCA-registered firms that have facilitated or committed financial crime.  And then she should not just take back her ill-conceived words, but apologise for the profound disrespect and contempt she has shown the British advisory profession.

I have experienced at first hand how difficult (impossible) it is to get through to the FCA.  Last year, I wrote a blog about my last visit. I wonder what more I could have done to “collaborate” with somebody – anybody – at their magnificent offices.  I came pretty close to taking all my clothes off and singing “Bonkers” by Dizzee Rascal while shaving my head and reading Tolley’s Pensions Taxation. But still the FCA refused to speak to me.  Even the guy in the post room made it clear I was a blooming nuisance when I handed in my whistleblowing report. (Which was, of course, ignored – and probably shredded).

The FCA needs to do a number of things to become an effective regulator – and none of them is particularly difficult or challenging: 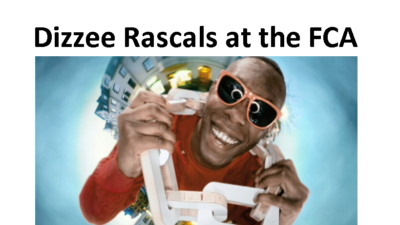 All the above will save the FCA nearly three quarters of a million pounds a year.

It will only cost a couple of hundred quid for a few dozen hearing aids and ladders.  Andy Agathangelou and his team will give their advice for free. I know several dozen victims who will happily help out.  By getting rid of the dross at the FCA, and providing just a bit of training for staff in the reception area and post room (as well as all the way up to the board room). It should be possible to turn this embarrassing, limp failure into something half decent.

I do hope the FCA will like some of my above ideas – after all “There’s nothing crazy ’bout me”.