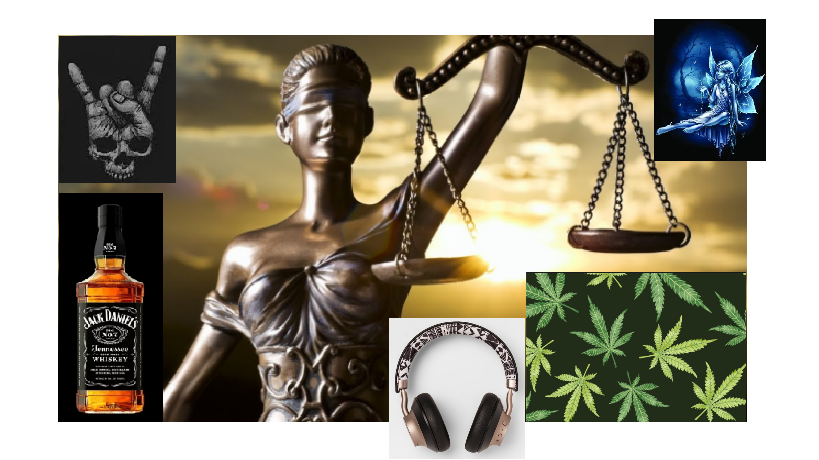 In the run up to the High Court proceedings to hear the Insolvency Service’s petition to wind up Store First, here is some background.  This is an abridged version of the Insolvency Service’s witness statement regarding the Store First pension investment scam.  It involved two bogus occupational pension schemes set up and administered by Stephen Ward of Premier Pension Solutions: Capita Oak and Henley Retirement Benefit Scheme.  Ward also administered the transfers from the ceding schemes.  In addition to Capita Oak and Henley, there were hundreds of transfers from SIPPS such as Berkeley Burke and Carey Pensions.

Let us hope that justice will prevail, and the appalling failings of the Insolvency Service will be publicly laid bare.  My comments and questions are in RED CAPS.

(SUMMARIZED TO CONCENTRATE ON CAPITA OAK AND WITH COMMENTS/QUESTIONS IN RED BY AB):

Although termination of Karl Dunlop’s appointment is recorded as 1.2.13, notice of the termination of his appointment was not filed at Companies House until 10.6.13 and he appears to have continued to act as director until July 2013.  XXXX XXXX appears to have acted as a de facto director of Imperial which does not have a company secretary. XXXX MAY HAVE ACTED AS DE FACTO DIRECTOR OF IMPERIAL, BUT WHY HAVE YOU NOT MENTIONED THAT BOTH PERKINS AND FOWLER WERE ALSO CLEARLY DE FACTO DIRECTORS AND THAT NONE OF THE OTHERS MENTIONED WERE MORE THAN “PUPPETS” AND TOOK NO ACTIONS IN RELATION TO IMPERIAL WITHOUT SPECIFIC INSTRUCTIONS AND PERMISSION FROM PERKINS AND FOWLER?  IN FACT, MARIA OROLFO WAS APPOINTED BY XXXX BUT RESIGNED WHEN SHE REALISED SHE WAS A NOMINEE DIRECTOR OF A PENSION SCAM.  OROLFO WAS ALSO APPOINTED AT THE SAME TIME TO THAMES TRUSTEES (WESTMINSTER SCAM) AND HIGHGATE TRUSTEES (REGENT SCAM).  SHE RESIGNED FROM ALL THREE IN OR AROUND AUGUST 2014 AND I APPOINTED MYSELF AS DIRECTOR OF ALL THREE IN ORDER TO TRY TO PROTECT THE VICTIMS (MEMBERS OF CAPITA OAK, WESTMINSTER AND REGENT PENSION SCHEMES) AS COMPANIES HOUSE WAS ON THE POINT OF STRIKING ALL THREE COMPANIES OFF.

IN EXAMINING WHAT HAPPENED (AND HOW AND AT THE BEHEST OF WHO) IN THE CAPITA OAK CASE, IT IS NECESSARY TO TAKE INTO ACCOUNT THE WHOLE SERIES OF EVENTS IN ORDER TO UNDERSTAND THE BIGGER PICTURE:

I THINK (AND THE CAPITA OAK VICTIMS WILL UNDOUBTEDLY AGREE) THAT YOUR WITNESS STATEMENT RAISES MANY MORE QUESTIONS AND LEAVES MUCH OF THE EXISTING QUESTIONS UNANSWERED.  BUT THE BIGGEST QUESTION OF ALL IS WHY HMRC AND TPR ALLOW THESE SCAMS TO BE REGISTERED AS PENSION SCHEMES IN THE FIRST PLACE?  THE VICTIMS OF ARK, EVERGREEN, CAPITA OAK AND WESTMINSTER WERE ALL ASSURED THE SCHEMES WERE “SAFE” BECAUSE THEY WERE HMRC/TPR “APPROVED”.  SOMETHING HAS TO CHANGE, BECAUSE CLEARLY CEDING PROVIDERS ARE STILL – TO THE PRESENT DAY – ALLOWING TRANSFERS INTO THESE SCAMS RUN BY WARD, PERKINS, FOWLER ET AL.  ONE OF THE LATEST VICTIMS TO LOSE HIS PENSION IS A POLICE OFFICER WHOSE POLICE PENSION OF WELL IN EXCESS OF £100K WAS TRANSFERRED TO LONDON QUANTUM WITHOUT A SINGLE QUERY BY THE CEDING TRUSTEE AS TO HOW A MEMBER WHO IS A SERVING POLICE OFFICER COULD POSSIBLY TRANSFER TO AN OCCUPATIONAL SCHEME WITH A NON-EXISTENT SPONSORING EMPLOYER THAT HAS NEVER TRADED, LET ALONE EMPLOYED ANYBODY.

REVERTING TO THE ROLE OF XXXX IN CAPITA OAK/IMPERIAL, IT MUST BE STATED THAT XXXX CONTACTED ME IN SEPTEMBER 2014 OUT OF THE BLUE.  HE ASKED ME FOR HELP AND ADVICE ON THE CAPITA OAK “PROBLEM”.  HE TOLD ME THAT HE WAS BEING “FRAMED” AND IN SUBSEQUENT CONVERSATIONS AND EMAILS MADE IT CLEAR HE FELT THAT PERKINS, FOWLER AND PAYNE WERE TRYING TO DIVEST THEMSELVES OF BLAME AND LAY ALL THE BLAME ALL XXXX’S DOOR.  TO WHATEVER EXTENT XXXX WAS CULPABLE, HE CALLED ME ON SEVERAL OCCASIONS AND GAVE ME INFORMATION ABOUT CAPITA OAK, WESTMINSTER AND REGENT.  FURTHER, HE PROVIDED ME WITH THE IMPERIAL/TKE ACCOUNTS AND SENT ME SOME CRUCIAL EMAILS WHICH CLEARLY SHOWED THAT FOWLER WAS AWARE CAPITA OAK WAS OPERATING LIBERATION FRAUD AND THAT FOWLER WAS SEEKING “COUNSEL’S OPINION” ON THE STORE FIRST ASSETS.  XXXX’S LAST EMAIL TO ME WAS IN FEBRUARY 2015: “HI ANGIE, I JUST THOUGHT I’D DROP YOU A QUICK EMAIL TO LET YOU KNOW WHERE THINGS ARE UP TO. AS PREVIOUSLY STATED, WE ARE COOPERATING WITH AN INQUIRY FROM THE INSOLVENCY SERVICE.  FOR YOUR BACKGROUND INFORMATION WE HAVE BEEN ENTIRELY OPEN WITH THEM, AND BOTH TOM AND I HAVE BEEN INTERVIEWED AND HAVE SUPPLIED DOCUMENTARY EVIDENCE ALONG WITH ANSWERING REPEATED REQUESTS FOR INFORMATION.  BECAUSE OF THIS ONGOING INQUIRY WE STILL CAN’T SAY ANYTHING FURTHER TO ANY THIRD PARTIES – WHICH IS FRUSTRATING FOR ALL OF US. ARE THEY KEEPING INTERESTED PARTIES SUFFICIENTLY UPDATED? WARMEST REGARDS, JAMES”

I HAVE NOT HEARD FROM XXXX SINCE.

I HAVE TO SAY THAT  XXXX’S ATTITUDE HAS BEEN IN STARK CONTRAST TO THAT OF PERKINS, FOWLER AND DOWNS WHO HAVE WAGED A SAVAGE WAR OF ATTRITION AGAINST ME SINCE OCTOBER 2014 AND BEEN ENTIRELY OBSTRUCTIVE TOWARDS MY ATTEMPTS TO UNTANGLE THE WEB OF DECEIT BEHIND IMPERIAL AND CAPITA OAK.  DOWNS HAS ACCUSED ME OF WORKING WITH XXXX AND HAS REFERRED TO HIM AS MY “BOSS”.

FINALLY, AN EMPLOYEE OF PERKINS AND FOWLER SENT ME A LARGE NUMBER OF ANONYMOUS EMAILS TOWARDS THE END OF 2014 WHICH INCLUDED MANY EMAILS BETWEEN PERKINS, FOWLER, PAYNE AND XXXX.  ALTHOUGH I DO NOT KNOW THE IDENTITY OF THIS PERSON, HE/SHE WAS CLEARLY CLOSE TO THE IMPERIAL “TEAM” AND HAD ACCESS TO PERKINS’ AND FOWLER’S EMAILS SOMEHOW.  THIS “WHISTLE BLOWER” CLEARLY STATED THAT PERKINS, FOWLER AND WARD WERE BEHIND CAPITA OAK AND IN HIS FINAL EMAILS TO ME CLAIMED THAT HE FEARED FOR HIS LIFE.  I HAVE NOT HEARD FROM HIM SINCE HIS LAST EMAIL DATED 30.11.14 WHEN HE INFORMED ME THAT A NEW SCAM THAT I WAS LIKELY TO HEAR ABOUT SHORTLY WAS IN THE PIPELINE.

PERHAPS YOUR WITNESS STATEMENT MIGHT HAVE BEEN MORE CONCLUSIVE HAD THIS INSIDE INTELLIGENCE BEEN INCLUDED?