Pension Transfers are the cornerstone of pension scams.  We expect to be looked after by the law, the large financial institutions and the government institutions such as ombudsmen but when they disagree our best interests often form the debris of the squabble. If you have saved for a pension, worked for years and years earnestly squirrelling away what you can for those golden years, you do not want to lose it. In fact that is what has happened to countless pension holders when they decided to transfer their pensions into what were presented as legitimate pension schemes. Some transfers were for liberation and some were to increase value of the pension. A recent High Court decision has opened the doors for scammer to legitimately roll out more of these scheme. Here is what happened when the High Court overruled the upright decision of the Pensions Ombudsman.

£8000 in a Secure Occupational Pension Scheme

Ms. Hughes was an Occupational pension holder with Royal London. Her Occupational Scheme was generated by the company she worked for and would have been available as a benefit of employment with that company. Had it been a contributory scheme both Ms.Hughes and her employer would have contributed to a fund which grows free of tax during the savings period. In non-contributory schemes, only Ms. Hughes’ employer contributes. The amount paid out to Ms. Hughes on her retirement will depend on the type of scheme and reflect either the contributions put in or the number of years’ service and the final salary of the employee. The main point of this is that the Occupational scheme is a benefit of employment with a particular company and this is managed by a trustee, in this case Royal London.

Royal London acts on behalf of the employee

Royal London is the largest mutual life, pensions and investment company in the UK. They are undoubtedly a secure pension trustee. They were the ceding provider for Ms. Hughes’ £8,359.71 occupational pension. As the pension trustee Royal London technically held the pension scheme’s assets for Ms.Hughes (the beneficiary of the occupational pension scheme). They act separately from Ms.Hughes’ employer for her benefit. Royal London’s powers are written in the trust deed and the scheme’s rules.

Bespoke Pension Services  made contact with Ms.Hughes through a cold calling operation First Review Pension Services, a UK promotor. Bespoke Pension Services claim to be ‘experts in pension scheme design, administration and regulatory pension guidance in the UK and EEA, including the Isle of Man’. They ‘design and implement pension schemes in the tax jurisdiction that is most advantageous to your requirements’. They do not have the same weight of reputation or confidence that a company such as Royal London have in the area of insurance and pensions.

The process starts with a Letter of Authority

To facilitate the Transfer Ms. Hughes needs her own company and a SSAS

In order to facilitate the transfer Ms. Hughes needed a company in her own name and so Babbacombe Road 1973 was set up for this purpose. This company is the sponsor for the SSAS Small Self Administered Scheme. This is a type of UK Occupational Pension Scheme which is trust based and established individually, usually by directors of limited companies for specified employees of the company. Babbacombe Road 1973 ltd. was possibly never intended to trade and was set up solely for the purposes of the pension transfer. All of the pension scams we have been dealig with to date have involved a bogus sponsoring employer which never traded or employed anyone

Royal London informed Ms. Hughes in September 2014, that they would not be able to facilitate the transfer to the Babbacombe Road 1973 SSAS. Through their investigations they were unable to confirm that the transfer would result in appropriate pension benefits for Ms. Hughes. They were also unable to determine that the scheme was a registered pension scheme. This was the first stumbling block for Bespoke Pensions Services and Ms. Hughes.

And finally…..to the High Court and the case is presented to Justice Morgan

Determined to put the transfer through for Ms. Hughes, the case is taken to the High Court by Bespoke Pension Services. Justice Morgan decided to overrule the Pensions Ombudsman’s decision and allow the pension transfer to go through. His decision was based on the wording of the legislation which in fact states that a member of an occupational pension scheme should have some sort of earnings/employment – but falls short of saying that the earnings/employment should be with the sponsor of the occupational scheme (to which a member is intending or attempting to transfer).

Pension Scammers will delight in this decision by Justice Morgan 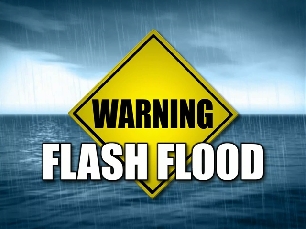 Were this is a decision which only affected Ms. Hughes and her £8,359.71, it really would not be newsworthy at all. The fact of the matter is that it sets a precedent as an interpretation of the law surrounding many pension transfers. When the expertise of the pension trustees such as Royal London and the Pensions Ombudsman can be overrriden in this manner (i.e. an interpretation of legislative wording which is too weak and takes away the intelligence factor), you have to ask are whether ordinary pension holders in the UK are the first priority? Has this opened the flood gates for more fraudulent pension transfers? Have pension scammers been given the green light?