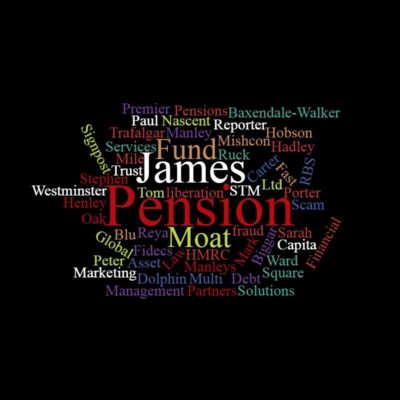 Scammers are loathed by victims, regulators, police, ombudsmen and financial services professionals whose professional reputations are compromised by the nefarious practices of the scam merchants.  But however damning the hard evidence is about the scams and the various promoters, introducers, advisers, administrators behind them, the scammers still protest their innocence.

Even when there are announcements and articles in the public domain confirming criminal investigations, winding up petitions, arrests, Pensions Ombudsman’s determinations, regulatory intervention and sanctions, the scammers still try to protest that they are innocent and that the damage done to the victims is everybody else’s fault but theirs.

But as soon as I publish something on the Pension Life blog, to inform and warn the public, the scammers’ solicitors swoop like vultures with their cease and desist letters – threatening defamation proceedings.  Never mind the £ millions lost to hundreds or even thousands of victims – many of whom are worried sick about losing their pensions; never mind the tax demands which are driving the victims to complete despair and could result in HMRC making them bankrupt; never mind the heart attacks, strokes and other fatal illnesses brought on by stress and sleepless nights.  The scammers’ solicitors pull out all the stops – even going so far as to threaten the Pension Life web host and complain to Google about Pension Life’s website blogs.

In fact all these solicitors – including DWF, Mishcon de Reya, Carter Ruck, Manleys Law, Molins & Silva et al, all bleat that the Pension Life blogs are harming their clients by “causing reputational damage generating huge financial damages and danger of losing business interests and opportunities”.  But not so much a squeak about the huge financial damages the scammers they represent cause to the victims who are in danger of losing their homes.

And not a word about the crippling financial damages the scammers they represent cause to the victims who are in danger of losing their homes.

Below is the email exchange between Peter and Sara Moat’s solicitor Monica Caellas and me dated 27th June 2017. Worth noting she has not responded.  Perhaps her website, email and telephones have been hit by the same virus as appears to afflict the Moats and Fast Pensions?

We hereby contact you in name and on behalf of our clients, Ms. Sara Grace Moat and Mr. Peter Daniel Moat, in connection with the statements set forth in the article “Peter Moat and Sara Moat – Fast Pensions” (hereinafter, the “Article”) included in the website https://pension-life.com/peter-moat-sara-moat-fast-pensions/ since May 18, 2017.  I am enormously relieved that you have contacted me and would be most grateful if you would be kind enough to act as intermediary in relation to many hundreds of victims who have been scammed out of their pensions.  As you can imagine, this is an extremely worrying time for these people and some of them are now receiving tax demands from HMRC as the Moats were operating pension liberation fraud as part of the “package”.

Some of the statements of the Article are extremely serious and could be constitutive of various crimes sanctioned by the Spanish Criminal Code; among them, serious offences of defamations and calumnies.  I do not agree that the Moats’ actions include defamation and calumnies – but they certainly involve pension, tax and investment fraud.

FAST PENSIONS is a UK Limited Company licensed by HMRC. No it is not.  HMRC do not license companies in the UK.  HMRC registers pension schemes, but this implies no approval or license.

Ms. Sara Moat is the sole Director and the sole shareholder of FAST PENSIONS. Her husband, Mr. Peter Moat is the owner and administrator of Blue Property Group, a Group of corporations that has nothing to do with FAST PENSIONS. From a corporate point of view you are correct, however, Peter Moat was the controlling mind behind the company and has been masquerading as “James Porter” in his communications with the victims to attempt to conceal his involvement.  Also, I think you will find that Blue Property Group has gone bust and owes money to creditors all over the Costa Blanca.

With the Article you have caused serious confusion against third parties and it is hurting my clients and their companies. I regret that neither the victims nor I will have any sympathy whatsoever with any hurt your clients are experiencing.  They have hundreds of victims’ pensions in limbo – and despite numerous Pensions Ombudsman’s determinations, no transfers out (which is a UK citizen’s legal right) have been facilitated.  The victims of this scam include several deaths whereby the deceased pension member’s family has not been able to benefit from the pension fund as required by law in the UK.

In particular, the Article expressly and roundly states “There have been a number of Pension Ombudsman determinations which expressed concerns about the maladministration of the unlicensed firm [Fast Pensions] owned by the Moats”. Yes.  This is in the public domain on the Pensions Ombudsman’s website.

In this sense, you claimed that a number of very distressed and worried members of the Fast Pensions scheme had contacted you, while those four hundred worried members have not directly contacted FAST PENSIONS itself. I cannot comment on how many worried members have directly contacted Sara and Peter Moat (masquerading as “James Porter”) direct.  Many may have attempted to do so but the Moats have made this impossible by disabling their website and emails and not answering their phones.  Their claims that the website, email and phone number have all been hit by a “mystery virus” are simply not credible.

As a consequence of the alleged existing claims you contacted Mr. James Porter, the person in charge of leading with any pension queries for Fast Pensions and that has nothing to do with Mr. Moat, despite your suggestions of identifying them as the same person.  That is not correct.  Peter Moat contacted me, pretending to be “James Porter”.

Anyhow, and after being correctly assisted by Mr. Porter, you claimed that he takes days to respond and you interpreted that as a “deliberate attempt to make it difficult to contact anyone at Fast Pensions”, which is untrue, since all queries have been responded to and dealt with quickly. I am afraid you do not know the facts.  Numerous victims have attested to the fact that their desperate pleas to transfer out have been ignored.

If there were clients with concerns they would contact FAST PENSIONS in the First instance to get these resolve.  Why don’t you try contacting Fast Pensions and let me know how “fast” they respond?  A journalist tried to contact them just now and got this response: Your message wasn’t delivered to james.porter@fastpensions.co.ukbecause the domain fastpensions.co.uk couldn’t be found.

Moreover, in the Article you have made several statements that make Mr. Peter Moat, Ms. Sara Moat, FAST PENSIONS and all of Mr. Peter Moats companies look like a scam. Then I have done my job properly.  They are all a scam.

For example, by trying to link Mr. and Ms. Moat as well as FAST PENSIONS to Mr. Sthephen Ward. Also, and more seriously, you stated that you are afraid that the professional environment of Mr. and Ms. Moat “has undeniably got all the hallmarks of a typical, bog standard scam”. And you insisted: “It looks, feels, smells like a scam”.  And I stand by all of that.  And so does the Pensions Ombudsman.

As a consequence thereof, there are actually a huge number of parties affected by the Article, Peter Moat and his associated companies, Ms. Moat and FAST PENSIONS. The unjustified reputational damage caused by the Article is generating huge financial damages and is putting Mr. Peter Moat and his companies in danger of losing business interests and opportunities.  Perhaps you would like to ask some of the victims how they feel about poor Mr. and Mrs. Moat losing business interests and opportunities?

Based on all the foregoing, and without prejudice to the express reservation of legal actions that correspond to my clients, through this communication you are FORMALLY REQUIRED TO IMMEDIATELY REMOVE THE ARTICLE FROM THE WEBSITE AND STOP DISSEMINATING IT THROUGH INTERNET.  I will happily reach an agreement with you Monica: you get Sara and Peter Moat to return all the victims’ pensions to them immediately  – in full plus interest – and I will remove the article.

Otherwise, we will be forced to exercise the corresponding judicial actions, especially criminal ones, to protect our clients in defense of his freedom and other rights that protect them.  I hope you will exercise criminal judicial actions against your clients who have scammed hundreds of victims out of their pensions.  Meanwhile, a little friendly advice – as a Spanish lawyer you clearly do not understand UK law, so please tread very carefully.  You clearly do not know the facts and are in danger of defending a party which has clearly contravened UK law and compromising your own standing as a legal practitioner in Spain.