£11,000,000,000.  That is an awfully big number.  But this is what financial fraud of pension and investment scamming cost thousands of victims in 2016 according to reported statistics.  This begs the urgent question: why have so few – if any – of them been prosecuted?

The Pensions Regulator’s Lesley Titcomb has now officially and publicly declared that scammers are criminals.

Pension Life´s book: Anatomy of a Pension Scam is going to be made into a series of blogs. The purpose of the book is to get the message out there and warn the public; the financial services industry in the UK and offshore; governments; regulators; ombudsmen; crime agencies, HMRC, and the scammers that this huge-scale financial crime will NO LONGER BE TOLERATED.  The authorities who have stood by and allowed this to happen have to snap out of their complacency, laziness and incompetence, and actually take some action to bring these criminals to justice.

What we need now is all of the scammers behind bars and the keys thrown away. The actions of these fraudsters have shaken the confidence in the pensions and investment industry as a whole. Not to mention the harm it has inflicted upon innocent, hard-working people on a huge scale.

Evidence suggests that in the past seven years, there have been many £ billions lost to pension and investment scams – there are no precise “official” figures.  But the dreadful fact is that the scammers who were targeting victims back in 2010, continued doing it in 2011; and 2012; and 2013; and 2014; and 2015, and 2016.  And they are still doing it today.  Happily and profitably.  And nobody has stopped them or brought them to account for the horrific financial damage and distress they have caused. 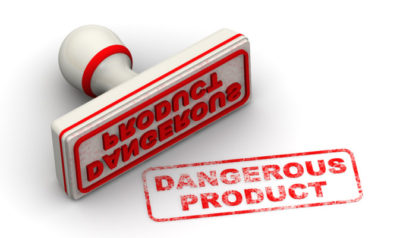 With this in mind it is hard to decide who is the devil himself, the vicious, greedy, cold-hearted scammers or the feeble authorities who let them get away with it.  REPEATEDLY!

HMRC were warned by the industry about the potential for scams if the role of compulsory professional trustee was removed pre 2006. In a letter of March 2004, Nick White, specialist pension solicitor warned:  “It is essential that schemes offering self-administration and wide investment choice should have in place an independent person who has sufficient control of scheme assets to prevent abuse and sufficient knowledge and experience to know abuse when he sees it.

That does not necessarily mean that the system of pension trustees should be retained in its current form but, if it is abolished without an effective replacement, we envisage that within the next 5 years the degree of abuse of such schemes by both incompetent and dishonest individuals will:

Reputable professionals in the industry and the Government share a common aim of building a system of tax rules that is simple but is robust enough to last for a working lifetime without major overhaul. Such a system needs to contain adequate protections against abuse.”

Nick White’s warning was brought to my attention by Martin Tilley who is director of technical services at Dentons Pension Management.  Martin has written some excellent blogs and articles on the subject of pension scams and my favourite has to be this one:

Either way the one thing we can be sure of is that it has to stop NOW.

So watch this space as we at Pension Life, prepare a documentary series about pension and investment scams. There are many victims who would be only too happy to help recreate the exact wording – both written and verbal – of the scammers’ pitch.  With their help we hope to create a military-style, zero tolerance campaign to wage against all the guilty parties until every last one of them is brought to justice.

12 thoughts on “Introduction: Anatomy of a Pension Scam”