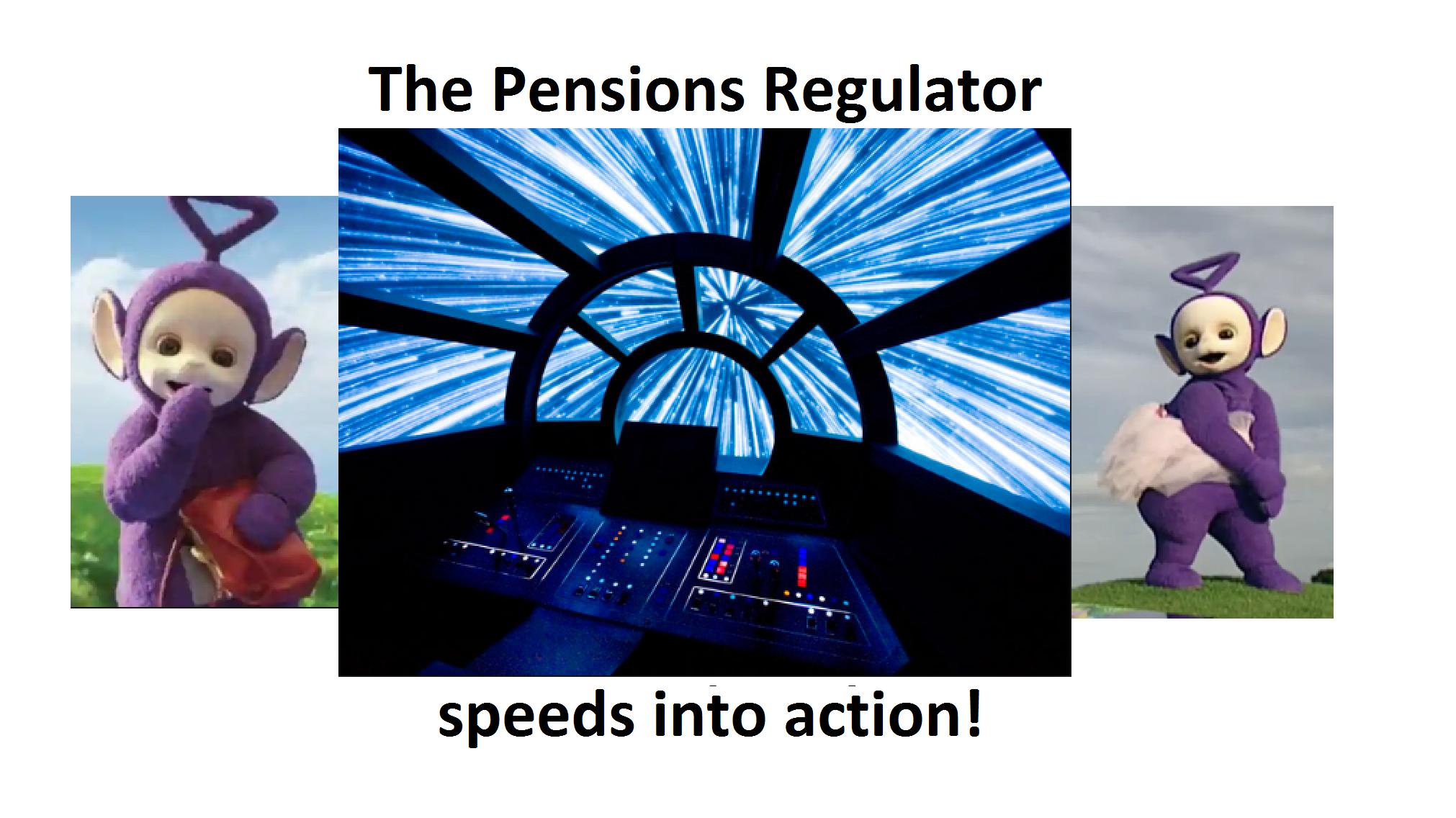 I am not often left speechless, but in this case all I can say is:

The Pensions Regulator announced on 11th December 2018 that it is to launch its first fraud case – against Roger Bessent of Gleeson Bessent Trustees in the matter of the Focusplay Retirement Benefit Scheme.

The details are below, as reported by James Glover, Senior Media Officer of the Pensions Regulator.

But I am puzzled – I met with tPR’s Andrew Warwick Thompson nearly four years ago.  We discussed various pension scams and fraudsters who were active at the time.  And the delightful Mr. WT told me to buzz off and wind my neck in.  He said that he and his lawyers – who sat either side of him (presumably to keep him from toppling over) had it all under control.  And they didn’t need any help.  Especially from me, thank you.

At this meeting, we mainly discussed the Capita Oak pension scam – run by XXXX XXXX and administered by Stephen Ward.  And we also talked about the other scams run by the XXXX/Ward dream team at the same time: Westminster and Regent.  The trustee for Westminster was Thames Trustees.  And Roger Bessent was the director of Thames Trustee – and he took over from ME!

The background to this was that XXXX XXXX had appointed a lady in Dubai, Maria Orolfo of Europe Emirates Group – run by Adrian Oton – as director of two trustee firms: Imperial Trustees and Thames Trustees.  These were the trustees for the Capita Oak and Westminster scams respectively.  Orolfo had realised with horror she was the trustee for these scams and resigned – leaving the pension scheme members exposed to the danger of unauthorised payment charges if there was no trustee.

So I became a director of both companies – Imperial and Thames.  I was removed pretty quickly by the scammers to prevent me from obtaining evidence against them.  I was replaced by a butcher called Roger Chant in Imperial, and an accountant called Roger Bessant in Thames.  Hard to say which of them was worse, to be honest.

Anyway, the Serious Fraud Office did – eventually – wake up and start to investigate XXXX XXXX and both schemes: Capita Oak and Westminster.  This was announced in May 2017.  And now, more than 18 months later, tPR announces it is going to investigate Roger Bessent.

I am very glad that Tinky Winky and tPR don’t do much rushing around – the last thing we want to see is a load of dizzy Teletubbies!  I just hope the trail hasn’t gone too cold in the past four years.

An accountant is to appear in court charged with fraud and making employer-related investments – the first time The Pensions Regulator (TPR) has prosecuted for these offences.Roger Bessent is accused of abusing his position as the director of Gleeson Bessent Trustees Ltd, a professional pension scheme trustee, to transfer more than £200,000 of pension scheme funds into his bank account and those of companies controlled by him.The funds were transferred from the Focusplay Retirement Benefit Scheme, the sponsoring employer of which was Gleeson Bessent (Accountants and Business Advisers) Ltd where Mr Bessent was a director.Mr Bessent, 66, whose business is based at Navigation Business Village, Navigation Way, Ashton on Ribble, Preston, Lancashire, faces five counts of fraud by abuse of position and five counts of making employer related investments.He has been summonsed to appear at Preston Magistrates’ Court on 30 January 2019.