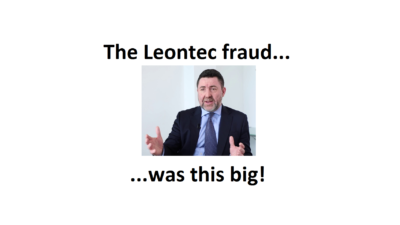 On 20.3.18, Old Mutual obtained a judgment in the High Court of Justice of the Isle of Man (Case Reference 18/0012).  His Honour The Deemster Doyle, First Deemster and Clerk of the Rolls delivered his determination to OMI’s lawyer, Elizabeth Simpson of Simcocks.

But now Leonteq has been successful in having the proceedings transferred from the IoM to London.  This will considerably help Leonteq and hinder OMI. 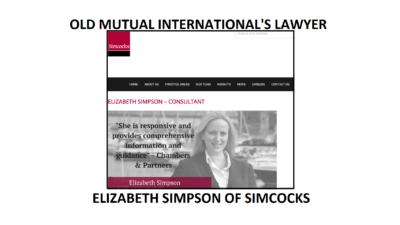 OMI’s case is that they are the victims of a fraud.  Between 2012 and 2016, OMI invested approximately £200,000,000 in structured notes sold by Leonteq.  The purchase of these notes was “conducted” on the truthfulness of representations made by Leonteq as to the amount of fees and costs to be deducted from the investments.  OMI’s case is that what Leonteq claimed was false and fraudulent.  The investments performed poorly as a result of the excessive level of fees.  The losses are currently estimated to be well over £20,000,000 (although it is expected that this will increase – especially with the current devasting share price falls due to Covid 19).

Let us look in some detail at the above aspects of the case. 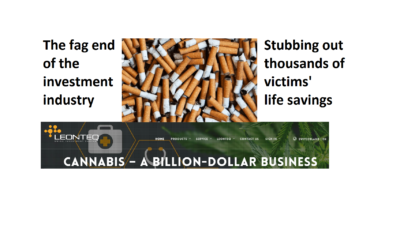 Leonteq Securities has gone from strength to strength since this fraud began – despite the disgrace of this criminal matter.  Their net profit in the first half of 2018 was declared as £30.73 million, and turnover £104.31 million – up 36% on the previous year.  My first question is: are they still selling ultra high-risk structured notes?  My second question is: what was the difference between the “ordinary” notes which paid 6% commission to the scammers, and the fraudulent notes which paid 8% to the scammers.  Were the latter 33% more risky?  Looking at the victims’ statements, it is impossible to tell the difference between the 6% notes and the 8% ones.  There is no obvious higher failure rate – they just all look equally dire.

Right in the middle of the OMI/Leonteq matter, it was announced in 2014 that two salesmen were going to be added to the London branch: Walter Treur and Anders Stromberg joined on 25/27 June 2014.  Treur was ex Commerzbank – another provider of toxic structured notes which also failed dismally and caused catastrophic losses to the Continental Wealth Management’s victims – and Stromberg was ex JP Morgan and Credit Suisse (although he had been unemployed for some time).

Another Leonteq employee, Michael Hartweg, left his job as deputy chief executive to spend all his time flogging the new business of toxic structured notes.

So, it is clear that Leonteq was making a lot of money out of these products.  But, the question remains: was Leonteq complicit in fraud – or were they blissfully ignorant and just grateful for the huge profits they were pulling in?

In my humble view, structured notes are like a lot of other products which – if properly sold and used – can, in some cases, be beneficial/useful/enjoyable/harmless, but – if irresponsibly or inappropriately sold – can be deadly.  Examples are: tobacco; alcohol; pornography; rat poison; fireworks; painkillers; kitchen knives; peanuts; plastic bags; cannabis. 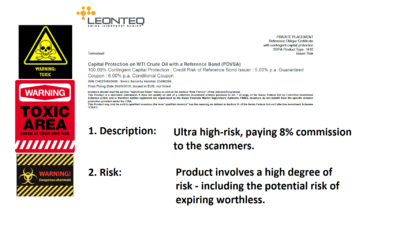 Structured notes are “FOR PROFESSIONAL INVESTORS ONLY AND NOT FOR RETAIL DISTRIBUTION AND WARN OF DANGER OF LOSING PART OR ALL OF AN INVESTOR’S CAPITAL”.

I wonder which bit of that OMI failed to understand.  They bought £200 million quid’s worth of the fraudulent 8% notes – how much of the 6% ones did they buy?  We know that a large chunk of these went to the Continental Wealth victims and caused devastating losses.  But that was just Leonteq – there was also Commerzbank, Royal Bank of Canada, Nomura and BNP Paribas.  And there wasn’t just OMI – there was SEB and Generali doing the same thing.

Let’s be honest, the whole thing was a fraud.  In the Continental Wealth Management case, CWM was a fraud; the structured notes were a fraud; the insurance bonds were a fraud; the hidden commissions on everything were a fraud.  No party comes out of this with any honour.  But, we must also bear in mind that OMI bought £200,000,000 of this toxic, fraudulent crap and allowed it to be used as investments for retail, low-risk pension savers.  Additionally, OMI accepted dealing instructions from an unregulated firm which was selling the insurance bonds illegally.  But let us not forget that Generali and SEB were just as bad.

Maybe Leonteq and OMI will volunteer to settle without a bloody legal battle – from which only the blood-sucking lawyers will win.  The millions that both Leonteq and OMI will be paying over the coming months and years would be better spent on paying redress to the real victims in this disgraceful debacle – the Continental Wealth Management clients who entrusted their life savings to the scammers, the life offices and the structured note providers such as Leonteq – but let’s not forget Commerzbank, Royal Bank of Canada and Nomura.